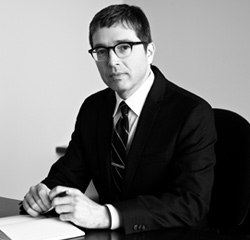 Richard Dennerline is of counsel to Global IP Law Group, working on all aspects of analysis, enforcement, and monetization of clients' patents through licensing, sales, and litigation as well as defending patent rights.

He has represented clients with billion dollar patent assets and helped monetize and license them to many of the world's most profitable technology companies. He also routinely represents independent inventors and smaller patent ventures and helps them recover their damages and protect their patents against industry attacks.

He has decades of experience negotiating and documenting settlements of patent disputes and licenses as well as a business advisor to start-up, venture-backed, and public companies. He has served as in-house and external general counsel and is experienced advising chief executives and board members on both patent and corporate strategies. In addition to patent transactions, he has led and handled numerous corporate acquisitions, mergers, divestitures, venture capital financings, and public offerings.

Mr. Dennerline holds an engineering degree from Purdue University Schools of Engineering where he received his B.S. in Industrial Engineering, with highest distinction. He is a registered patent attorney with the United States Patent and Trademark Office.

Before Global IP, Mr. Dennerline was patent counsel to Competition Law Group, selling, licensing, and litigating patents. He started his legal career at Sidley & Austin, handling corporate finance deals and structuring work-outs and funding transactions for money center financial institutions. He also was a partner of Freeborn & Peters where he led, structured, and handled numerous intellectual property and corporate transactions.